Tim O’Brien Brought His Instruments and Songs to Marblehead 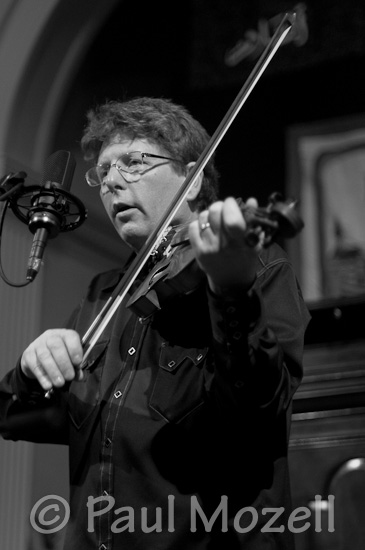 Tim O'Brien at the Me & Thee Coffeehouse, Marblehead, MA

Musician and songwriter Tim O’Brien brought his fiddle, mandolin, guitar, and clawhammer banjo to the Me & Thee Coffeehouse in Marblehead, MA for a rare solo performance. Celebrating the release of his 13th album, O’Brien played a dazzling mix of traditional Appalachian fiddle and dance tunes, old ballads with English/Irish roots and many of his own compositions. O’Brien is a unique performer who seems to play with all the best “roots” musicians in America; on stage, on their CD’s, and on his own recordings. On the intimate stage of the renowned Boston area coffeehouse, now it its 40th year, O’Brien’s versatility, humor, and musicianship thrilled the audience. He’ll be back around here soon, as a member of the bluegrass band Hot Rize, playing Wednesday, November 3 at the National Heritage Museum in Lexington, MA. I’ve been a fan of Tim’s and Hot Rize since they first played at Sander’s Theatre, Cambridge in the early 1980’s. Contact the Boston Bluegrass Union for info. Opening act, local duo Avi & Celia, offered an energetic acoustic set of original and traditonal tunes played on guitar, resophonic guitar, and washboard. 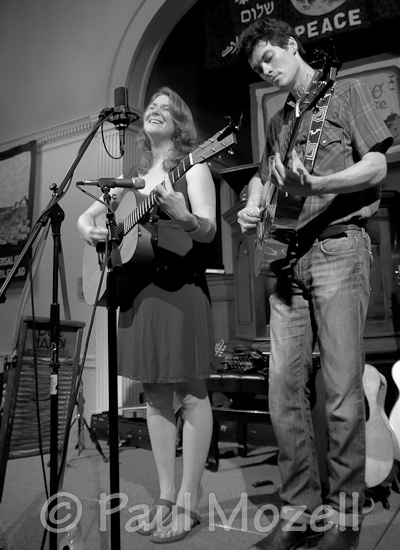