After the Blizzard—Plenty of Fun 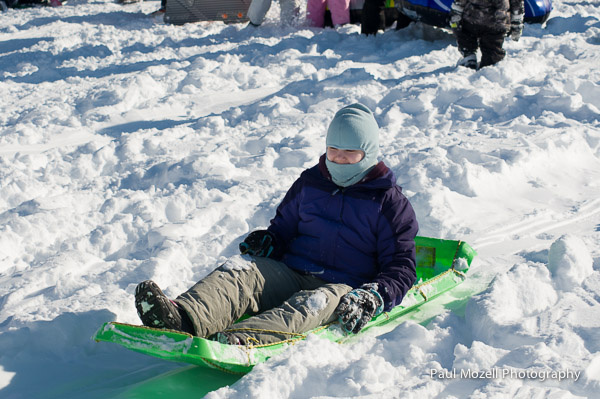 Molly Mozell on the Hill Behind the High School

The Great Blizzard of 2013 has left us with plenty of streets, cars, and driveways still to dig out. Seaside homes on Boston’s south shore suffered the worst damage, as the ocean invaded basements and filled streets with sand and debris. Yet, after days of dire predictions, announcements from the Governor, reporters standing in harm’s way, and meteorologists swirling in advanced graphics, on the day after the storm we had plenty to be happy about.

I celebrated by pulling my favorite pair of back-country skis from the closet — a  set of bright yellow, wood-core Norwegian Epoke skis from the 1980’s. I was going retro today! A mere three miles from my home is the entrance to Breakheart Reservation, a 600 acre refuge run by the state of Massachusetts. This where I run year-round on miles of hilly foot-paths and 5 miles of old paved roads, now closed to vehicles. As I parked at the entrance I was hoping that the road would not be plowed. My prayers were answered; the snow gods were with me.

Molly celebrated by launching her performance plastic sled on The Hill Behind the High School. With its great flotation, the  six foot slider performed better on the course than the shorter sleds, spinning disks, and big tubes. It wasn’t long before other sledders were enjoying the speedy run we carved in the powdery snow.