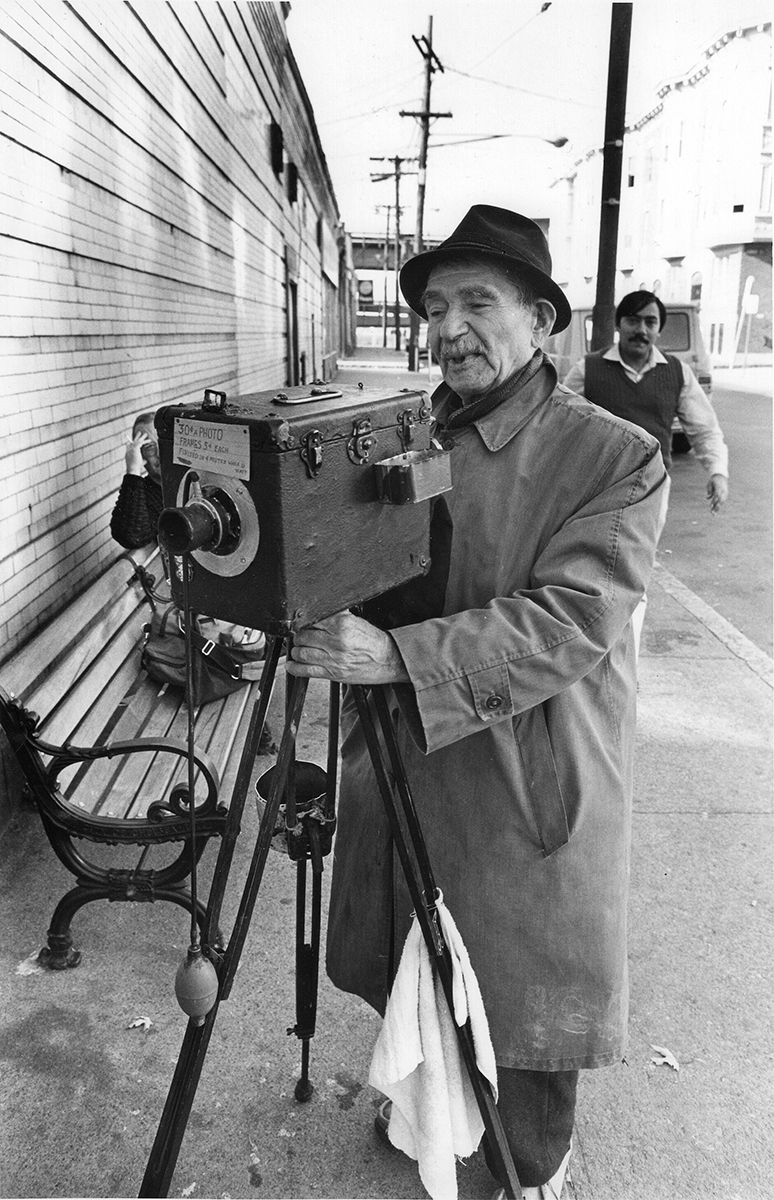 In 1981 I encountered this photographer who was working on the busy streets of Chelsea, Massachusetts, shooting and processing his photographs on the spot. His camera appeared to be home-made — fashioned from a sturdy equipment case. The simple lens was triggered with an air release, exposing a small sheet of positive-exposure photographic paper mounted in the box. A negative was not required. Also in the box were a couple of tiny trays containing print-processing chemicals. He reached through a port in the back of the camera to swish the exposed print in the chemistry.

The paper sign on the front of the camera reads, “30¢ A photo, Frames 5¢ Each, Finished in 4 Minutes While U Wait.”

I regret that I did not pose for a photo myself. I do recall seeing a young couple pose happily in front of a brick wall on this side street, returning a short time later to pick up their photo.

A worthy memory in these days of digital everything, don’t you agree?