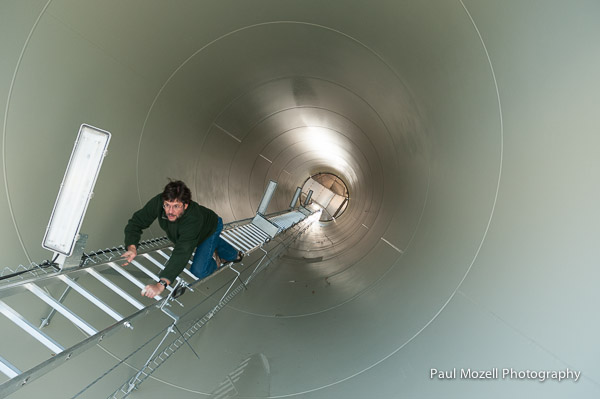 The public has been invited to tour and explore the tower sections and rotor blades on the grounds on the Blackburn Industrial Park. The giant carbon fiber structures were delivered to Gloucester Harbor on barges and moved to the site at night in a slow caravan.

Three giant wind turbines are being erected in Gloucester, MA. Reaching 492 freet from the tower base to the top of the rotor, the  turbines will be among the highest in the Northeast. Two turbines will power public buildings in the city of Gloucester, which is expected to save at least $11 million in electricity bills over the next 25 years. 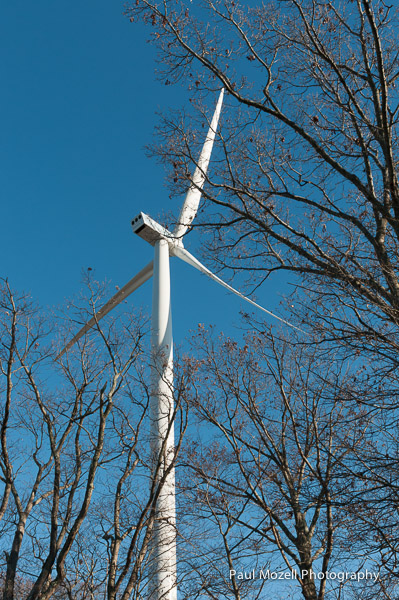 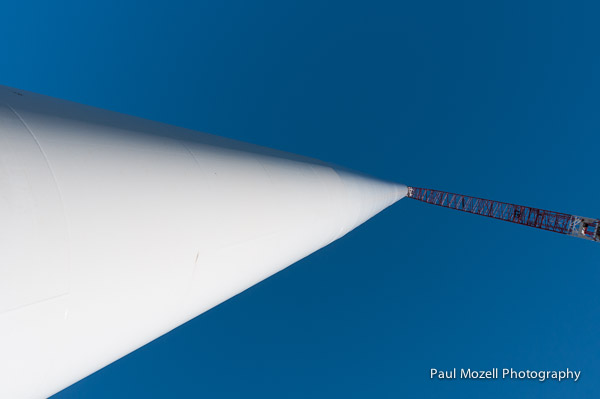 A tower section of the wind turbine is held in place by a giant crane.

These photographs are available as licensed stock images for commercial use.