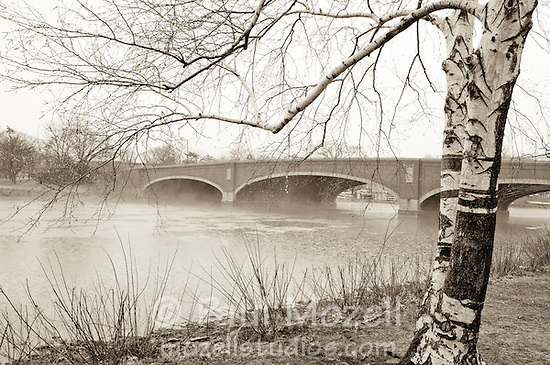 This timeless view of the John W. Weeks Bridge caught my eye today during a heavy March rain. Seen from the Boston bank of the Charles River, the bridge is the only river crossing  exclusively for pedestrians. The conversion to black & white seemed to fit the image well. 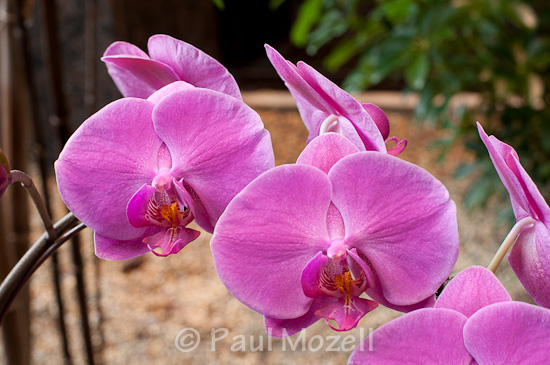 I just had to photograph these orchids today, after passing them earlier this week in the atrium of an office park. It’s not like we haven’t seen these pink beauties before, either in person, or in photographs, just that on a very grey March day, this was the color I needed. Photographed with a Nikon D300, 50mm f1.4 lens, 3 exposures exported from Lightroom 3 to Photoshop 5, aligned and blended to make one sharp image with good depth of field.

I was invited to photograph a studio recording session of The Creek River String Band. Check out their fresh, upbeat, acoustic, roots sound. Here, Larry “Stroker” Rogovin cranks out a solo on his accordian. 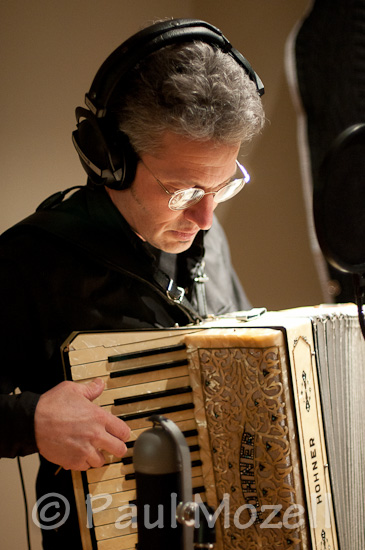 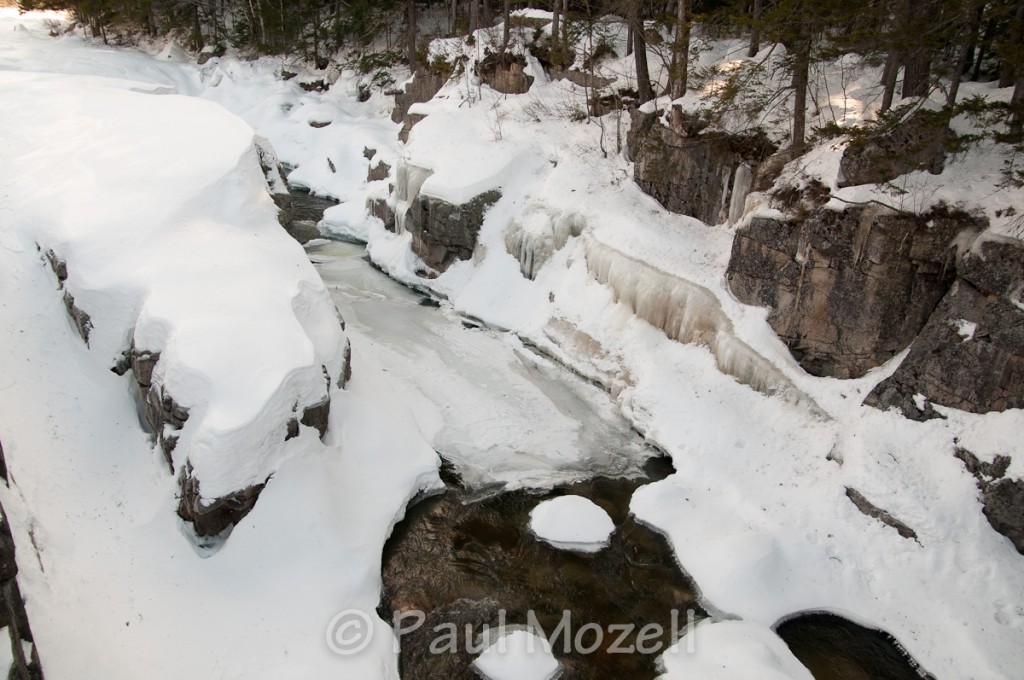 Ice and snow blanket the Swift River in the White Mountain National Forest.

The snowshoeing conditions were wonderful when I took a short jaunt across the fields of Moose Hill Farm in Sharon, MA. The property is owned and managed by The Trustees of Reservations. (Self portrait with Nikon D300 set on a timed interval)

My father Al Mozell was a combat cinematographer in WW II during the final year of the war. Traveling with the 71st Infantry Division he shot 16mm movie film to document the war for the Army. Some of this footage was released to the press. This small group of still photographs were taken my Dad for his personal use during the closing months of the war. The frames are part of an archive he put together and stored in a modest wooden box, perhaps for his son’s to discover one day, which we did. Each negative is in its own envelope, annotated with location and exposure information. I scanned this mix of 6×6 and 35mm frames this year

Perhaps the most moving images were taken at the Gunskirchen Lager Camp, which was liberated by the 71st. To learn about the operation, click here see the linked brochure that was written by one of the officers in the Battalion. Caution: the images and descriptions in this booklet are very graphic. 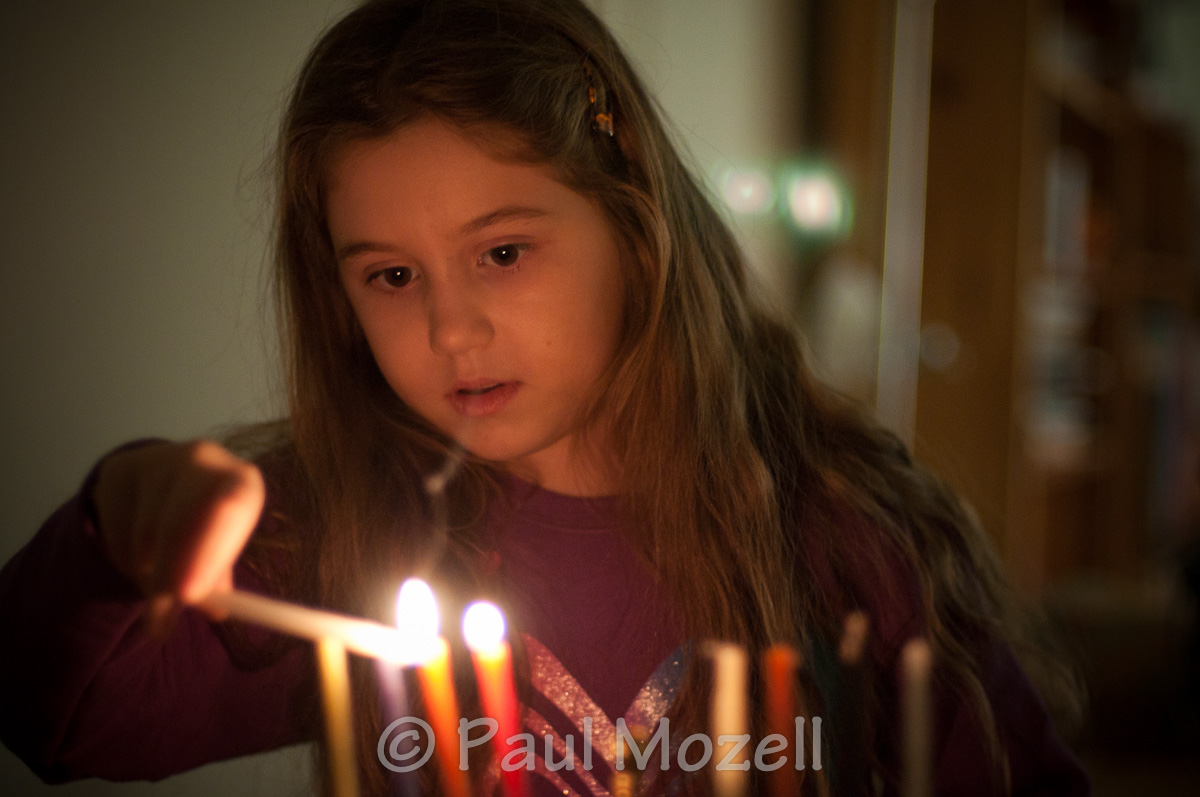 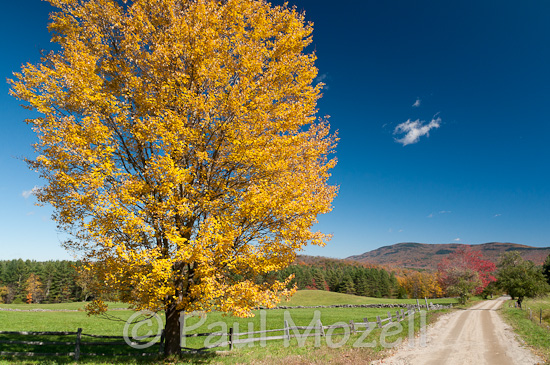 Rawsonville, Vermont. If you lived here you’d be home by now

As the stormy weather that soaked the East Coast last week blew out to sea, I had just one day to get up to Vermont and photograph a bridge over the Connecticut River for a client. I was dying to get in some time for foliage photography as well. Continue reading

© Paul Mozell. Click the icon in lower right of slide show for a full screen show.

All photographs are available for purchase as fine art prints and licensed stock images by clicking here.

One week is hardly enough time to explore and photograph a National Park that covers 1 million acres, is 100 years old, and has 700 miles of hiking trails. No way baby! I was bitten by the Montana bug about 15 years ago when I backpacked the neighboring Bob Marshall Wilderness in the Lewis & Clark National Forest. A visit to Glacier National Park would also complete my quest of the trio of parks in the northern Rockies, including Yellowstone and Grand Teton. Continue reading